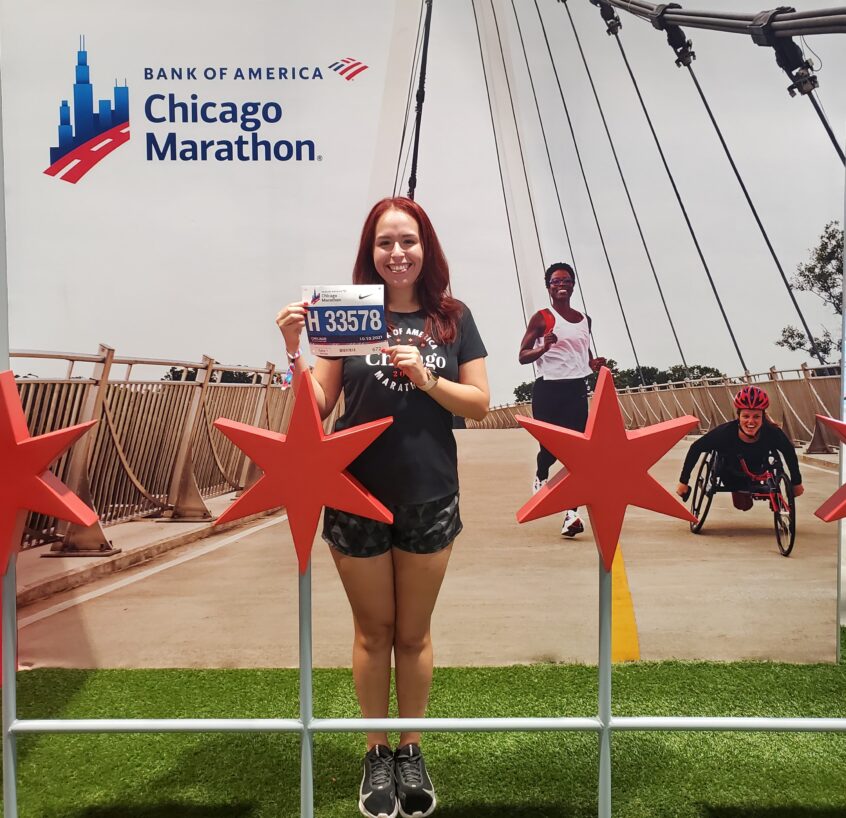 Now 23, Dulce is a graduate student studying gender and women’s issues on a full-ride scholarship at DePaul University. She’s also a frequent CRSM campus ministry volunteer, loading cars with food through the Northern Illinois Food Bank pop-up distribution, accompanying students to Feed My Starving Children and helping at the freshman and sophomore retreat.

“This school changed my life,” says Dulce. “I want to give back.”

Five years from now, Dulce envisions herself working in a Mexican border city trying to put behind the decades-long injustices and violence against women.

Post-graduation from Carthage College, in 2020 and the first half of this year, she spent a year of service through the Jesuit Volunteer Corps working at the New Mexico Immigration Law Center in Albuquerque. There, she served on a team that focused on helping undocumented immigrant children who were abused or abandoned by one or both of their parents.

Graduating (a semester early) with a B.A. in Political Science and minors in Spanish and Women’s Gender Studies, Dulce has a special place in her heart for advocating for the rights of Hispanic women and their children. “I’ve seen the injustices firsthand especially during the last year, and I want to work at the United Nations or on one of the borders helping to right those wrongs.”

She’s forever grateful for the springboard CRSM created for myriad opportunities. She’s traveled to Salamanca, Spain to study and to Toronto with the Model United Nations program for its annual conference. During college, Dulce received the Political Science Eric H. Olson and Anna Olson-Thom Scholarship.
“I have one working parent, and paying for college was difficult,” she says.

Dulce also was part of the Women’s Cross Country and Track and Field team, a member of Phi Theta, the Black Student Union, Phi Alpha Delta and Alpha Mu Gamma.

“Political science has broadened my perspective of world politics,” says Dulce. “You learn about things you never thought about and use a lot of critical thinking skills, which I believe is good for the long run.”

Looking ahead, she’s also on a mission to travel to all the national parks in the United States.

“I’m obsessed with national parks and the beauty of nature,” says Dulce.