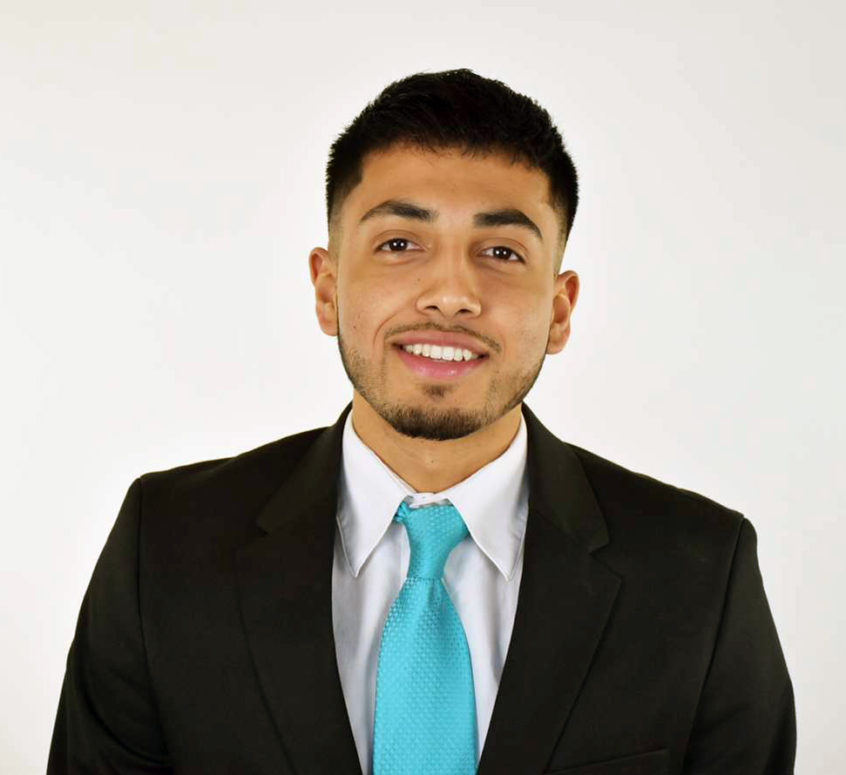 I had lunch with Angel (CRSM ’14, Dominican University ’18) down the street from where he works as an Executive Team Assistant to the Deputy Superintendent of Waukegan Public Schools. His journey with his family from Laredo, Texas to Zion to Waukegan was interesting, but the telling of his personal journey made me realize that he’s the genuine article. The following conversation has been edited and condensed.

It’s great to finally catch up. Barely a year ago you were the Assistant Dean at Miguel Juarez Middle School. Congratulations on your new position.

Thanks, working at Waukegan Public Schools is very exciting.

You said most of your family is still in Laredo, but essentially, you’re a Zion and Waukegan guy?

Exactly. I don’t remember much about Laredo, but I remember being way ahead in my classwork when I came to Waukegan from Zion. My parents are very discerning about education. My mother was in a gifted program in high school and my dad is a trained HVAC pro. When I was headed into high school, they refused to make any compromises with my education, so CRSM was the first and only choice.

So you jumped right in at CRSM…

(laughing) Well, it wasn’t quite that simple. As a freshman I was a very shy kid, so I did a lot of watching and listening. I worked for Acco Brands and Abbott while I was at CRSM – my jobs went great for all four years. I was really into tackle football – but there was no program, so I ended up getting into basketball and eventually became co-captain. I started to come out of my shell. I ran for VP of the NHS. I joined the Schuler Program – which played a huge role in my development. I became a Student Ambassador. I ran for Student Council.

Your grades were very good, you were heavily involved in sports and extra-curriculars, you caddied in the summer, you performed well with excellent companies in Corporate Work Study and it says here you did your share of service projects; Pads, a day care center and Feed My Starving Children. Was there anything you didn’t do while you were at CRSM?

Yes. I didn’t pay attention to who I was. I came out of my shell trying to maintain an image – to be popular and cool. I was popular alright, but when my family hit a rough spot and my godfather passed away, I made the mistake of leaving the Schuler Scholar Program. And though I continued with my extra-curricular activities and always maintained a 3.0 average, I headed off to college without knowing who the heck I was, or what was really important.

I’m sure Dominican University was a good place for you to buckle down and get your feet under you.

You would think. (laughing) It is a great school, and I’m really glad I went. My freshman year did not go well. And not long after that, I found myself on academic probation. And that’s when I realized, this is not me…this is not what my late godfather had in mind with his high expectations of me. I realized that there is something greater than just me; and spending time focusing on an image was not only selfish, it actually kept me from becoming the genuine me.

And the aftermath of all that?

I stopped trying to be “something”. I found out people like genuine. I focused on my family. I hit the books. I finished college on the Dean’s List with six A’s in my last semester. I have quite a few people to thank for where I am right now. My Mom and Dad, my godfather, CRSM, Schuler, the people at Waukegan School District…it’s a long list.

I often ask people I’ve interviewed if they could give any advice to CRSM students, but I think you just did.