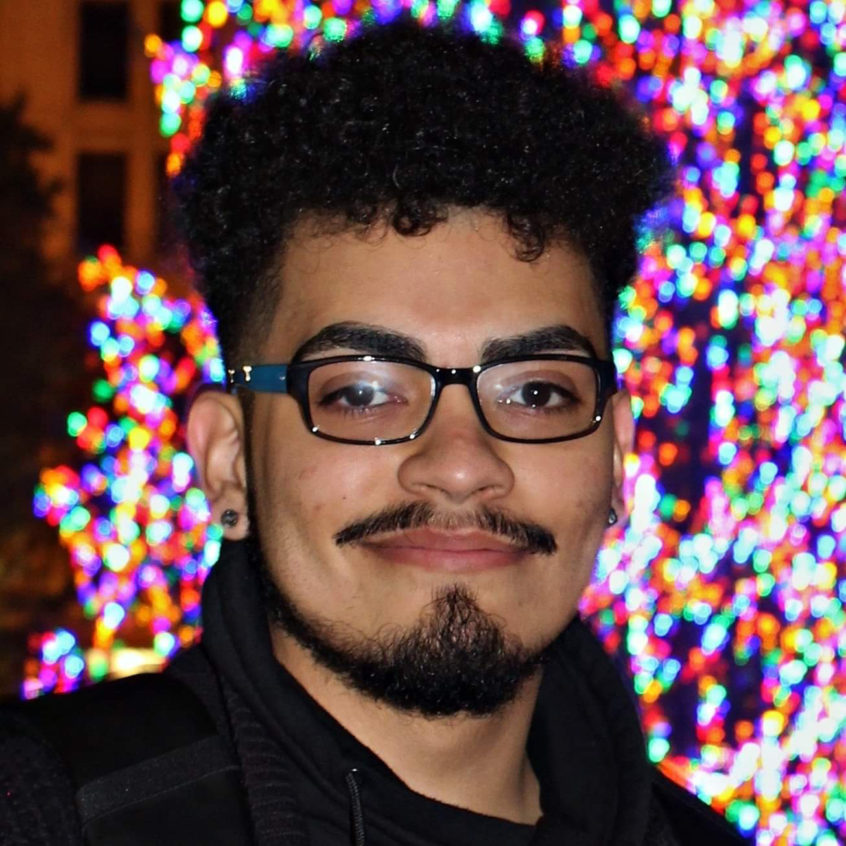 I spoke with Antonio (CRSM ’18, Lawrence University ’22) about his experiences in the Cristo Rey Corporate Work Study Program, his course work at Lawrence University and his blending of Mathematics, Art and the Japanese language – just before his departure for Japan and a full year of study in Tokyo.

Thanks for taking the time today, I know your busy getting ready for your trip. Tell me a little about your decision to attend Cristo Rey St. Martin.

Glad to be here. I have several relatives at CRSM, so I knew quite a bit about the school. Actually, I wasn’t that interested in attending – the work study concept didn’t appeal to me. My parents were very much in favor of it, they believed that CRSM represented the best chance for me to become the first in my family to attend college. They were right. Once I started at Cristo Rey, I understood the purpose of the work study program and grew to like it. And now, here I am…

So here you are, a CRSM graduate, attending Lawrence University, let’s talk about CRSM’s impact on you and the choices you’ve made.

My strongest subjects have always been mathematics and science. In middle school I struggled a bit because my writing and English skills weren’t where they needed to be. I knew this could hold me back. CRSM was always there, helping me with the work I needed to do to improve those skills. In my junior year I was lucky enough to be accepted into the CBO Scholar program. Mr. Weinberg (now Director of the CWSP) was my CBO mentor. He was instrumental in my development.

Also, it’s hard to understate what Ms. Chavez (Director of Alumni Support/College Completion) and Ms. Kainic (College Counseling) did for me during my search for a college and scholarships.

And your Work Study experiences?

Extremely important. I was at Advanced Clinical for all four years at Cristo Rey. I worked in almost every department there, including Finance and Quality. I also worked with procedures for clinical trials. As an upperclassman, the company began assigning me to different departments as the need arose. Advanced also helped me with my finances for college.

Getting back to school for a moment, you mentioned that you have an interest in the Arts as well as Math and Science. Are you pursuing that as well?

Yes. Elementary school didn’t offer much in the way of exposure to art, but in middle school I was involved with the art club and took the art classes that were offered. Ever since then I have been experimenting with different techniques. At CRSM I became interested in Japanese calligraphy and printmaking – I kept hearing about how beautiful their country is, so I decided to learn the language.

You’ve been learning the Japanese language on your own? Tell me about your choice of Lawrence University and your curriculum.

Yes, I started working on basic reading and writing in Hiragana and Katakana while I was at CRSM. I applied to a number of engineering programs. I knew I wanted a small school and Lawrence fit all of my preferences. However, when I met with my advisor about the engineering program, I found it to be too confining for someone who was interested in the arts. So I decided on a double major; Mathematics and Fine Arts, with a minor in Japanese. In Japan, I’ll be taking courses in Japanese History & Language, Discrete Mathematics, Logic, Set Theory, Art & Photography and maybe an animation course.

That’s an aggressive course load, especially at a university out of country. Before I let you go, I always ask CRSM grads for some advice for current Cristo Rey students.

Sure. When I’ve had the chance to speak to freshmen, I’ve tried to make it clear that school, and their corporate work study job, will sometimes seem repetitive or unimportant. However, it will prove to be one of the most important contributors to their success. I would not be where I am without CRSM.