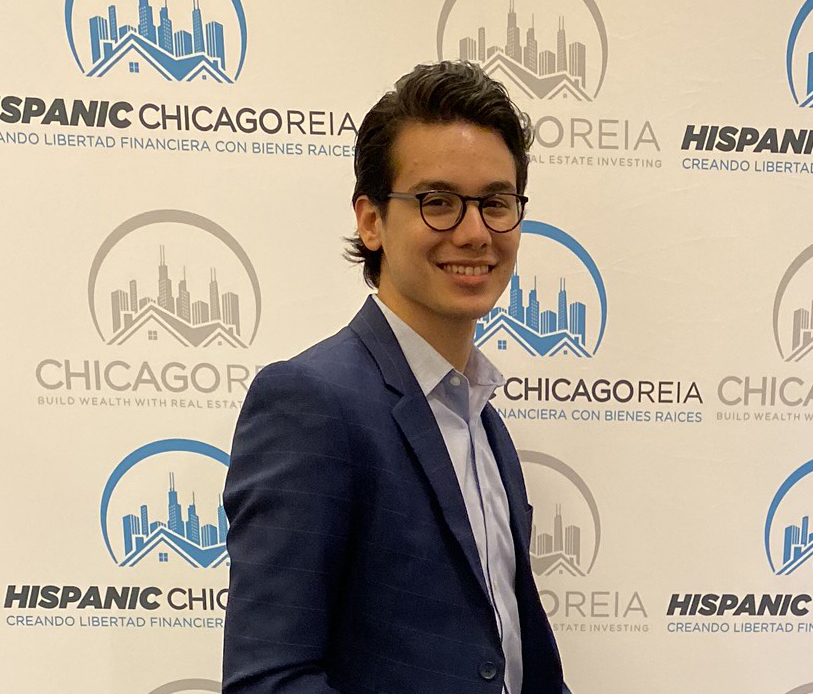 José (CRSM ’16, Marquette ’20) spoke with me on the phone from his room on the campus of Marquette University.
His story is one of contrasts – a small town in Texas to a busy suburb in Illinois, from a high school with 2000 students to 400 at Cristo Rey. As one of only a handful of CRSM graduates to enroll as a senior, he thinks of Cristo Rey fondly as “a place of amazing opportunities”.

You arrived at CRSM as a senior from Eagle Pass, Texas. I looked it up – population 29,487. It was the 1st American settlement on the Rio Grande.  How did you end up in Waukegan, Illinois?

Yep, Eagle Pass. I finished my Junior year at the public high school. My family’s retail furniture business had failed; there was no way to compete with the arrival of the big box stores. By the time I was twelve years old, our family was in serious turmoil. My father landed in Waukegan to find work in construction. My mother struggled, self-employed, finding work anywhere she could.

So, you and your mom spent a few tough years in Texas.

It wasn’t just me; I have two older sisters. And it was more than a few years. It was difficult being “the man of the house” – the only athlete with one parent cheering for you in the stands. You have to grow up quickly. We were in government housing from middle school to my freshman year. It would have been easy to fall into bad things in that environment.

You’re in a huge high school in Texas, the family is in financial trouble, what happened?

There were two pivotal moments in my life, one of them was while I was in that high school. There were 800 students in my sophomore class. One day, I was handed my class rank … #87. I hated that. So I quit basketball and track, got a tutor, and ended the year at #12.

What was the other pivotal moment?

It happened when I was 12. My father was in Illinois. We were barely making ends meet, pretty much destitute. One night, my mom comes home after working at a restaurant ’til 3am. I was looking at her face and I asked her what was wrong. She said she was so tired.  She was keeping us afloat with multiple jobs, with three kids. I’m thinking, this is not normal. This should not be happening. We’re in the United States, the greatest country in the world. There is opportunity for everybody, do something. I was really emotional – very upset.

I can see why. Most people would have been angry.

Oh, I was angry. There was this burning anger in me. I was throwing things; shoes, books, worst of all…our XBOX! [laughing] I wasn’t angry at anybody in particular. I was mad at the world. But it pushed me. I remember thinking, “I’m a guy, there’s a way out of this. I have a responsibility to do something.”  Right there I decided that I was going to college and become the best person I could be. I didn’t even know what that would look like, but I was going to help my mother and sisters. I never looked back.

Most people would have finished their senior year in Texas. Why change so late in the game?

I was going to be the first in my family to go to college. Down there anyone that was going to college was headed to UT Texas or Texas A&M.  I needed a change, and I loved what was going on in Chicago. My father was here, so having promised my mother I would go to the best high school in the area – Cristo Rey kept coming up in Google. It was an uphill climb getting into CRSM as a senior, but my persistence paid off and they gave me a shot.

The change must have been difficult – moving from a large public school to a small, Catholic school with a work study requirement…

Actually, I found the whole thing exhilarating. I made lots of friends. When I arrived at CRSM, all I could see were opportunities; it was like heaven to me. I did everything. I loved the executive atmosphere at Abbvie; I looked forward to going to work. The service opportunities were awesome – there was no such thing at Eagle Pass. Even the difficulties of the college admissions process were made easier. CRSM cared, always asking if you’re ok. Nobody really cares about you in public school.

Did your transition from CRSM to college go the same way?

It was a little tougher. Cristo Rey’s role was critical. Marquette University offered me quite a bit of scholarship money. And I received a Greenhouse Scholarship. But most amazingly, when I was a student ambassador, I was asked to speak at a corporate sponsor event. I was approached by a gentleman who said he had close ties with Marquette University, which ultimately landed me a summer internship before school started, and a part time job in a real estate development firm in Milwaukee. I stayed with that firm for almost 2 years.

And that’s how you will end up graduating from Marquette’s well respected Real Estate Program.

Actually I’m not going to get my degree from the Center for Real Estate. Because I was lucky enough to work with successful real estate development and brokerage firms for the last 3 1/2 years, it became repetitive to stay in that department, so I will graduate with a major in Economics.

Graduating in May, congratulations. What’s next?

That is the question of the century! My parents are asking me that every day. [smiling] I’m not completely decided yet. I started my firm, Zondo Properties, seven months ago, and it’s doing well – and I have several job offers. I have a little bit of time to decide.

Before we sign-off, is there anything I should have asked you that I missed?

Not really, you covered a lot. I would say hi to everyone at CRSM; and thank you for what you do.