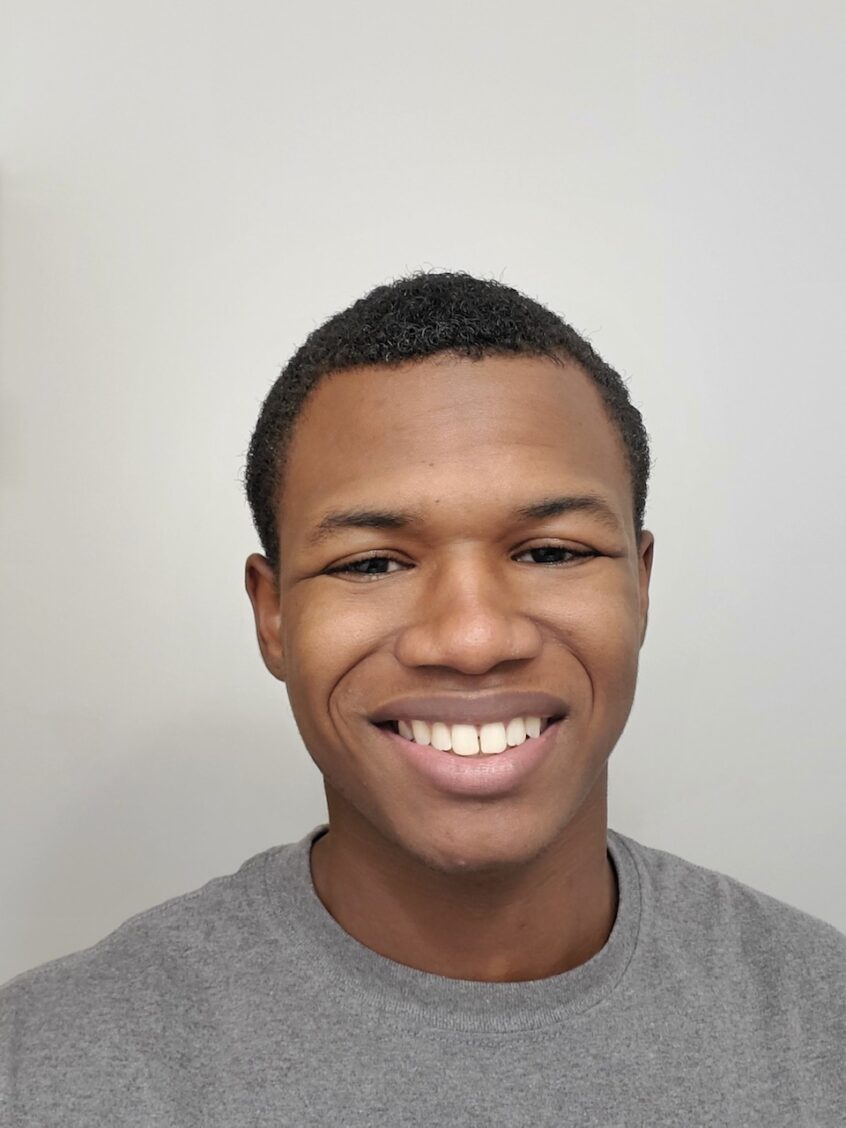 Weekdays, Jalyn Jones works in the R & D lab at AbbVie, testing and experimenting with drugs slated to break new ground in complex medical treatments including oncology. The CRSM ’16 grad is especially proud of his “associate scientist,” title because (he’s the first to admit), it was hard-earned, and because he’s on the front lines of research that is impacting lives.

After hours, the CRSM ’16 grad, who graduated in 2020 from Carroll University with a degree in biological sciences, passionately pursues his curiosity around the question, “Why do things work the way they do?”

To that end, he’s developed a strong appetite for pottery and baking, which he says also requires great attention to detail. Both also feel meditative and therapeutic – the perfect antidote and medicine for these challenging times, especially during isolation in his Grayslake apartment.

One of three children raised in Beach Park by his single mom, Jalyn says “without Mr. O and Dean Evans helping me believe I can succeed, I never ever would have been here.”

“I wasn’t the best student when I was 14, but my mother also believed in me and pushed hard,” says Jalyn who worked in the financial department at Abbott as part of the Corporate Work Study Program during high school at CRSM. At CRSM he also became involved in volunteering at Feed My Starving Children and was on the basketball and soccer teams, going on to be a goal keeper and forward on Carroll’s Men’s Soccer Team.

“I was quite the introvert, but Cristo Rey and my mom encouraged me to put myself out there and work hard,” says Jalyn. “My job is a dream job because it is a place where I can keep learning, and because I know the research will contribute to other people’s health.” Jalyn is one of 10 CRSM graduates currently working full-time at AbbVie.

His mom, Christina, led by example, enrolling in college, and receiving her associate degree in 2020 when Jalyn graduated from Carroll. His younger sister, Jaellah is a current student at Carroll and his youngest sister, Tiera is in 8th grade and hopes to be a CRSM freshman next year.

Jalyn likens his passion for pottery and experimenting with culinary creations (and taste-testing) to his work on the science front. And his mom, Christina and two siblings, are loving his scrumptious goods, two specialties include blueberry scones with a lemon glaze and banana nut cinnamon scones.