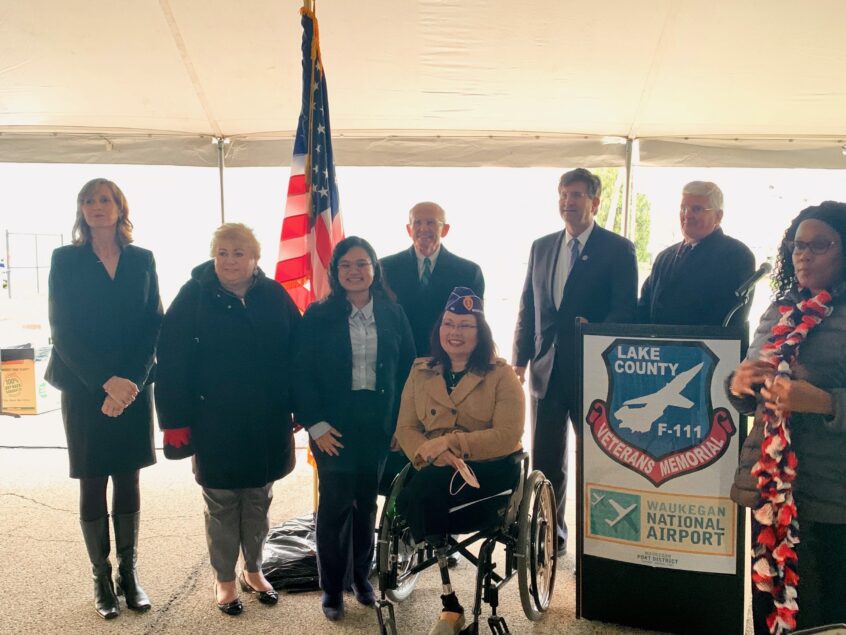 A big shout-out to our senior Alexis and the 175 supporters who paused on Nov. 11th to honor those who have served in the military at the Lake County Veteran’s Memorial Dedication Ceremony.

Dedicating her invocation to her grandfather who was a P.O.W. in World War II, Alexis kicked off the event held at the Waukegan National Airport in a tent directly next to the Lake County Veteran’s Plaza.

“Today is an important day to recognize all the men and women in uniform who safeguard our nation and never ask to be thanked, but we can never thank them enough—today and every other day of the year too,” said keynote speaker U.S. Senator Tammy Duckworth, who served as a Lieutenant Colonel in the Army for 23 years. 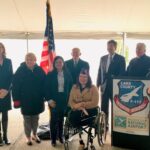 Each year, on Nov. 12th, Sen. Duckworth celebrates her “Alive Day”—the anniversary of the day her Blackhawk helicopter was shot down in Iraq, “the day I almost died, but didn’t because my buddies refused to leave me behind. It’s because of their heroism that I’m alive today. That’s why, from the moment I woke up in Walter Reed nearly two weeks later, I vowed to never stop trying to be worthy of my crew and the second chance they gave me. I live each day working to repay their sacrifices by doing everything I can to take care of all veterans.”

The highlight of the Lake County Veteran’s Memorial event was the dedication of a F-111 Aardvark displayed at the airport honoring past and present veterans and educating the future generations about the costs of freedom. Among the featured speakers were Congressman Brad Schneider, Waukegan Mayor Ann Taylor, Sandy Hart, Board Chair of the Lake County Board of Commissioners, Terry Prince, Acting Director of the Illinois Department of Veterans and Bob Hamilton, Vice President of the Veteran’s Memorial Retired Chairman / CEO, Gewalt Hamilton Associates, Inc., a long-time Corporate Work Study Program partner with CRSM.