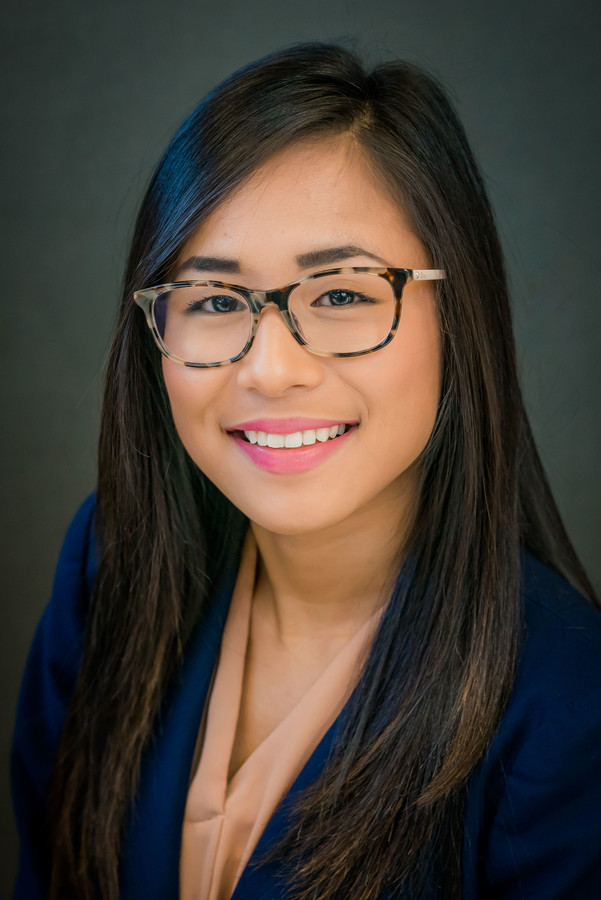 Since her graduation from CRSM in 2013, Czier-Anne earned two bachelor’s degrees – Physics from Loyola University and Chemical Engineering from the University of Notre Dame.  She took time out to speak with me about her early struggles with the English language, her deep involvement with CRSM, her heroes, and the continuing use of her talent in the sciences.

Thanks so much for making time for me Czier-Anne. I just have to ask about your name; it is singular. Am I pronouncing it right?
[laughing] No worries, most people ask! It’s pronounced: SHARE -Anne. My Mom wanted me to have a unique name, so she threw in a “z” and a hyphen…it’s turned out to be a really good conversation starter. In anatomy class, there were three of us sitting right next to each other; there was me, a Sharon and a Sheron, now that was confusing!

You’ve only been out of CRSM for eight years, you own two degrees and you’ve been with your company for three years. That seems…unlikely.
Well, I was lucky enough to have been a part of a dual degree program. It allowed me to earn my Physics degree from Loyola University Chicago and go directly into Chemical Engineering at the University of Notre Dame. I was able to earn two degrees in five years.

You finished in 2018 and went to work at Sensient in the in the BioNutrients division.
Yes, I started at Sensient Technologies Corporation in an intensive account manager training program.  I spent the majority of my time in the R&D rotation learning ways to provide nutrients for human, animal, and plant health applications. I’m now an account manager working with customers to provide natural solutions to address microbial, animal, and plant needs.

I’m not clear on the connection with your degree in Physics and your work in bio-nutrients.
I always liked Chemistry, and during Work Study at Abbott Laboratories I was leaning toward Pharmaceuticals. But Ms. Bonerjee [Physics instructor, Cristo Rey] inspired me at CRSM. So, I chose Physics as a major. It’s harder than Chemistry. I thought, if I can get through Physics, I can get through anything. Truth is, there’s a lot of Physics involved in Chemical Engineering.

I’d like to go back and talk about your time in Waukegan and your decision to choose CRSM?
My family came to the United States from the Phillippines when I was four. We moved to Waukegan to be close to family. I needed to attend a primary school that offered an ESL program (English as a Second Language). And though I struggled with English, I was dreaming of attending a top 20 college. So, when a CRSM Ambassador came to our school and talked with me, that was it. I told my mom that CRSM was where I wanted to go.

Things went well for you at Cristo Rey?
In every way. Cristo Rey inspired me to be better, language skills included. The Work Study Program taught me how important that is. Henry Broch Foods, American Hotel Register Company, Kraft Foods, Abbott Labs, all my work study experiences were important. CRSM is responsible for my winning the Cristo Rey Scholarship and the Gates Millenium Scholarship

I’m amazed that you had the time to study; you had a 4.0 grade point at CRSM. You mentioned your Physics teacher, were there any other influencers at school? Any Heroes?
There were many at Cristo Rey. Mr. Horcher is why I enjoy Math so much. But I have to say the real hero in my life will always be my mother.  She immigrated to the US, worked factory jobs, learned the language, studied to become a citizen, and went on to become a nurse. She is a workaholic! We didn’t have too much, but she persisted. Watching her succeed as I grew up set an example.

She sounds like a remarkable person.
I had a dream that someday I would be able to buy her a home. This past September, I moved her into a house I purchased in Gurnee. Actually, she exemplifies the “Grit” that Dr. O always talks about. Funny story, in college I remember when I was not wanting to go to class, maybe tired or sick, needing more sleep, my alarm would go off and I would see Mr. O – talking about grit with his hand over his fist, [laughs] and I would get out of bed. I never missed a class while I was at Loyola University.

I know Mr. O is going to enjoy hearing that! Any advice for young aspiring Cristo Rey people?
Yes, two things: Continue to practice grit; it really helped me through college and with my job. Be Grateful; eventually you will succeed, and when you do, being grateful will keep you humble despite your accomplishments.