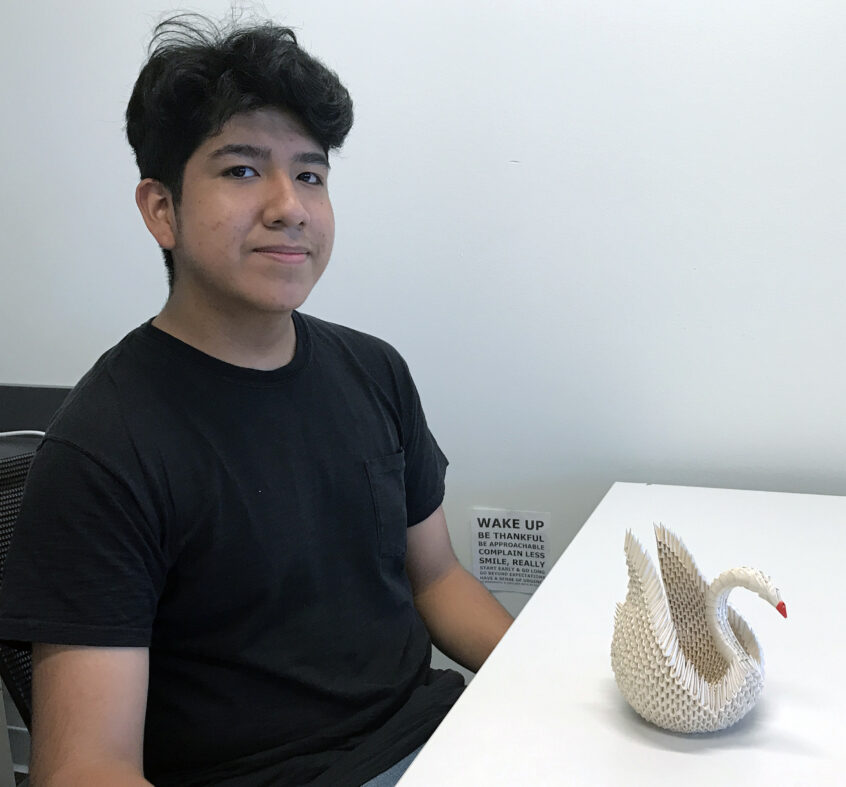 Eric is a rising sophomore. His interest in Origami began when, as a six year old, he folded his first Origami crane. He has since completed many pieces of varying complexity with subjects ranging from penguins to Pokemon characters.

Eric submitted his piece titled, “Swan” to the April student art show (CristoArt2020) which unfortunately was cancelled due to the pandemic. He used 800 interlocking pieces to construct it.

Eric works in other media, including marker and colored pencil. His favorite subject is math and, not surprisingly, he has an interest in architecture. 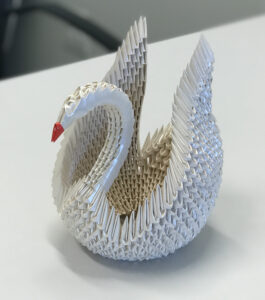 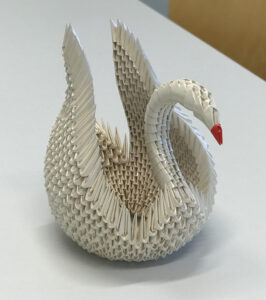 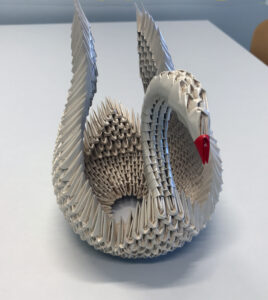 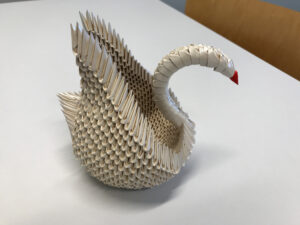 This is 3D Origami, a form of paper art, which uses rectangular, interlocking sheets of paper allowing the artist to mix multiple colors and patterns to create more life-like models.