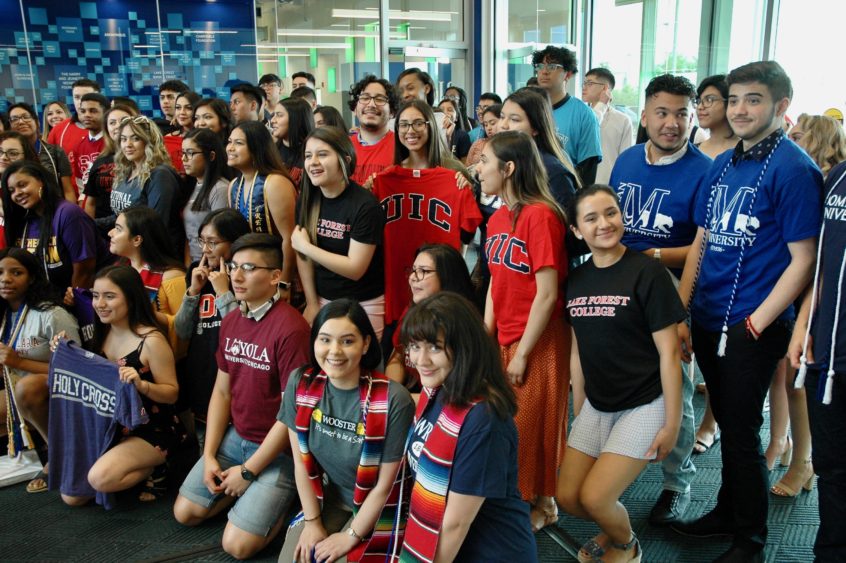 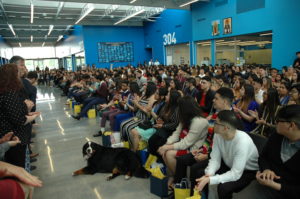 Senior Send-off with Junebug in attendance

Graduation festivities at Cristo Rey St. Martin began at 8 a.m. with its raucous, annual tradition of Senior Send-Off. The whole student body gathered to say good-bye to 95 graduating seniors, which tied the record for largest class in the school’s history. Academics, Work Study and Campus Ministry celebrated its seniors’ achievements with music, awards, photo ops and a light brunch.

Later that day at 6 p.m., over 800 family members, teachers, staff and board members arrived at the Most Blessed Trinity Parish in Waukegan to attend the Baccalaureate Mass and commencement ceremony for the graduates. Fr. Dan Hall, Provincial, Clerics of St. Viator presided at the ceremony. During his homily Fr. Hall said, “There are only a few people that change the whole world. Maybe that’s you, maybe it’s not. You don’t have to change the world, you just need to make a difference.” 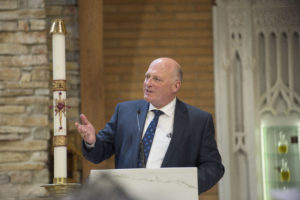 In his final address to the class of 2019, President Kendall spoke to the graduates about being a person for others – then turned to the congregation and asked the graduates’ parents, then the relatives & friends, and finally the faculty & staff to “please stand and remain standing.”  He turned back to the graduates and pointed out that “all of these people – everyone in this church, has been a person for you” and it is time to pay that forward.

Honorees included: Yadira Gutierrez who received “The Spirit of St. Martin Award,” Paola Martinez, Valedictorian and Ranee Sanford, Salutatorian. President Kendall and Chairman of the Board, Chris Perry handed out the diplomas.

In his address to the graduates, Principal Odiotti recognized the accomplishments and academic benchmarks set by the Class of 2019 including:

These new graduates will continue on to their selected colleges with an average scholarship/grant award of $26,375.00 per student per year, amounting to over $10 million in scholarship and grant money that will be used over the next four years. Again this year, CRSM boasts an Evans Scholar and National Cristo Rey Scholars at Loyola University Chicago and Santa Clara University.

With 97% accepted to a 4-year college program, Cristo Rey St. Martin is a beacon of hope for students of limited economic means who aspire to be the first in their family to attend college. This is a significant accomplishment due to the fact that low-income communities typically see only one in 10 teens graduates from a four-year college. By way of contrast, the CRSM Class of 2013 (our most recent class for which we have data) has a college completion rate of 65% with majority of those receiving bachelor’s degrees. CRSM continues to fulfill its promise: get students to and through college.