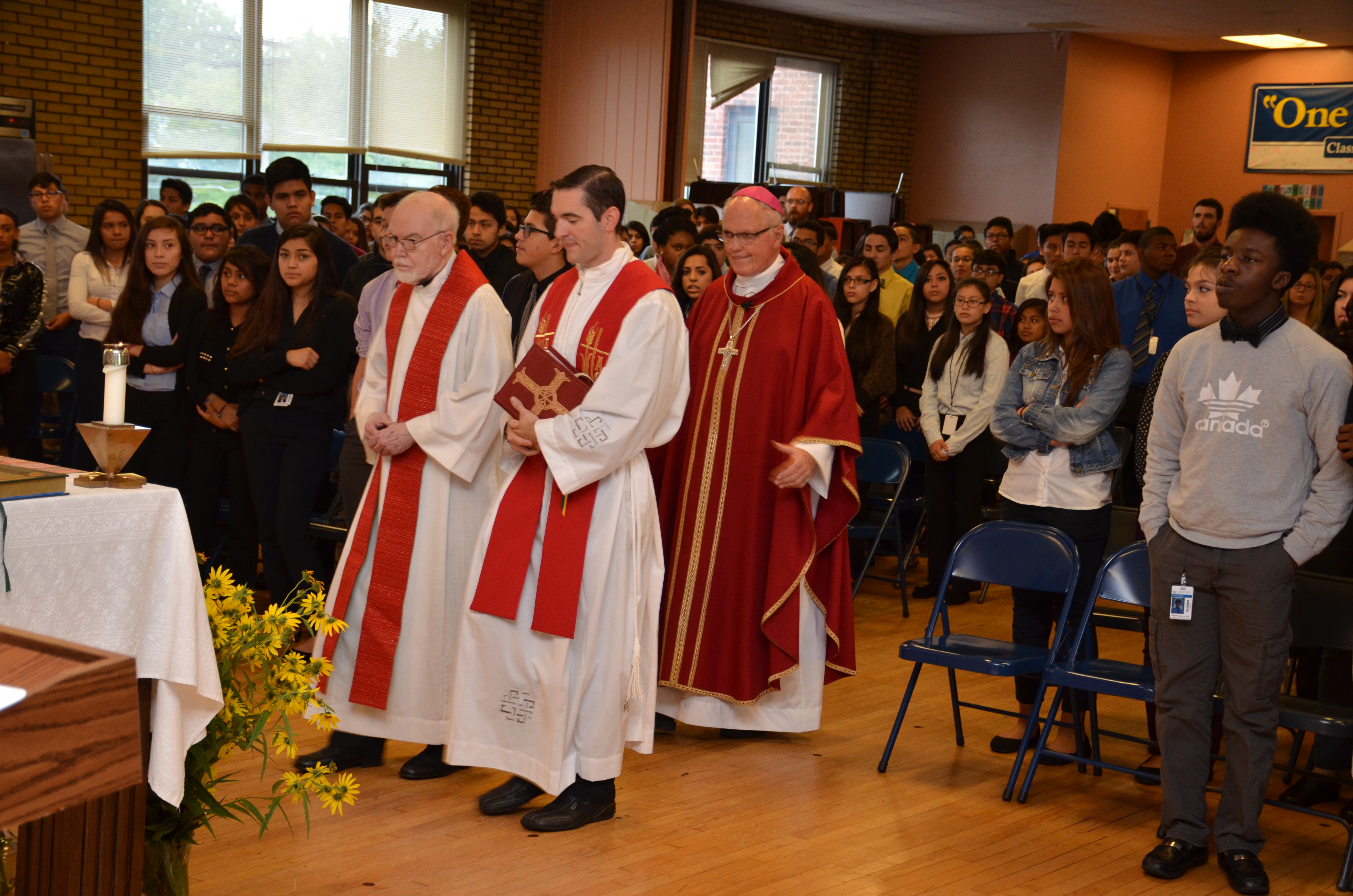 From the Mass of the Holy Spirit and the Waukegan parade of “fiestas patrias” to 50 students volunteering more than 100 hours of service during the first month of school, the wide range of on-site and off-site activities is back in full swing!

Mass of the Holy Spirit
We celebrated the Mass of the Holy Spirit to kick off the school year on Friday, September 11, 2015. Most Reverend George Rassas, Auxiliary Bishop of the Archdiocese of Chicago, along with Fr. Jamie Mueller, associate pastor of Most Blessed Trinity Catholic Church in Waukegan and Fr. John Milton, CSV, concelebrated the Mass.

During the Mass, the entire school community sent prayer’s and God’s blessings to Suzy Gonzalez, Class of 2011, and recent Georgetown University graduate who is leaving for two years of service in Guatemala with the Peace Corps.

We also were presented with a first class relic of St. Martin de Porres from an anonymous family.

“It’s always a wonderful experience to share in the celebration of Mass with our students and staff,” said Jim Dippold, director of campus ministry.”Being fed together by God’s Word and at God’s table at the start of the year gives us the love and the inspiration to be the best that we can be at CRSM. It reminds us of whose we are and what we are called to be about.” 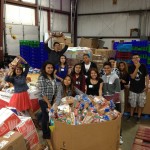 At Cristo Rey St. Martin, students are not required to perform service hours. But just five weeks into the school year, more than 50 students have volunteered more than 100 hours. Good works include the Northern Illinois Food Bank and Feed My Starving Children, to name just two so far these first few weeks of the school year.

About 50 Cristo Rey students, their parents and community members stepped out with enthusiasm to march alongside other Waukegan-area organizations in celebrating the independence of Latin American countries in the annual parade of “fiestas patrias.” 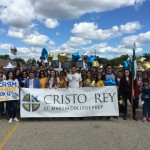 Along the two-mile parade route, the CRSM marchers were greeted by the cheers of alumni and other spectators, said Noemi Cuesta, Director of Admissions.

Decked out in blue and yellow, carrying balloons and the school banner, the CRSM marchers shared their school spirit and were led by the the foursome of of Sebastian Rodriguez, Class of 2015, and his brother, freshman Jose; Kala, a current senior and Jorge, a sophomore.

“I wouldn’t had beenn able to do this without the Parents Association and their help,” said Cuesta. The parents had hundreds of lollipops ready with a tag attached with the school and Open House information.