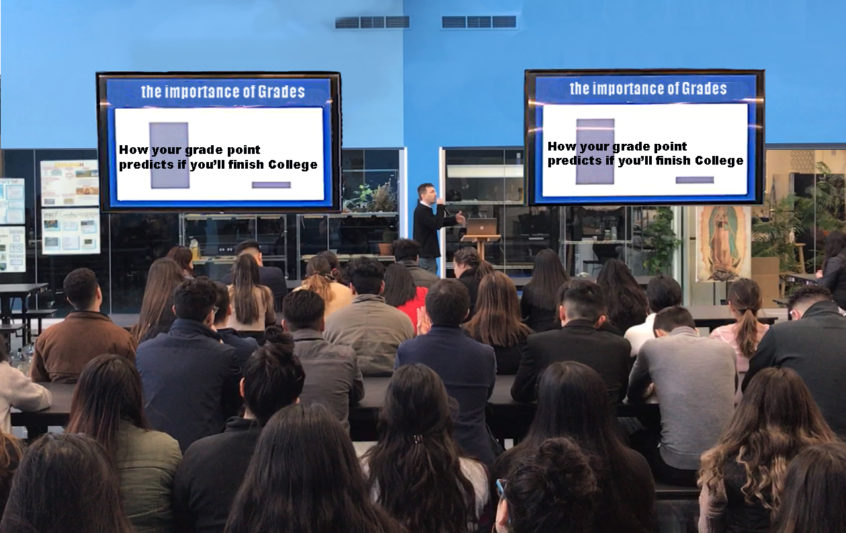 In his recent presentation at student assembly, Principal Michael Odiotti summed up the 1st semester and set goals for the rest of the year.

Mr. Odiotti informed the class that, “It’s been a particularly good year for CRSM – our best ever. Ten years ago the number of students that reached a cumulative GPA average of 2.0 was 68%. We are now at 98%.”

“Flex-time” is a new resource at CRSM, which offers students the opportunity to manage their time and engage in success behaviors. Monday through Thursday students have 55 minutes free in the middle of the day. Students need to get lunch during this time but they also have the freedom to get other things done. Marlene Eby, Assistant Principal, describing the Flex-time program said, “students are managing their Flex-Time to work with tutors, pursue workshops or stay current on their assignments – taking control of their time is a skill critical to their success in college.”