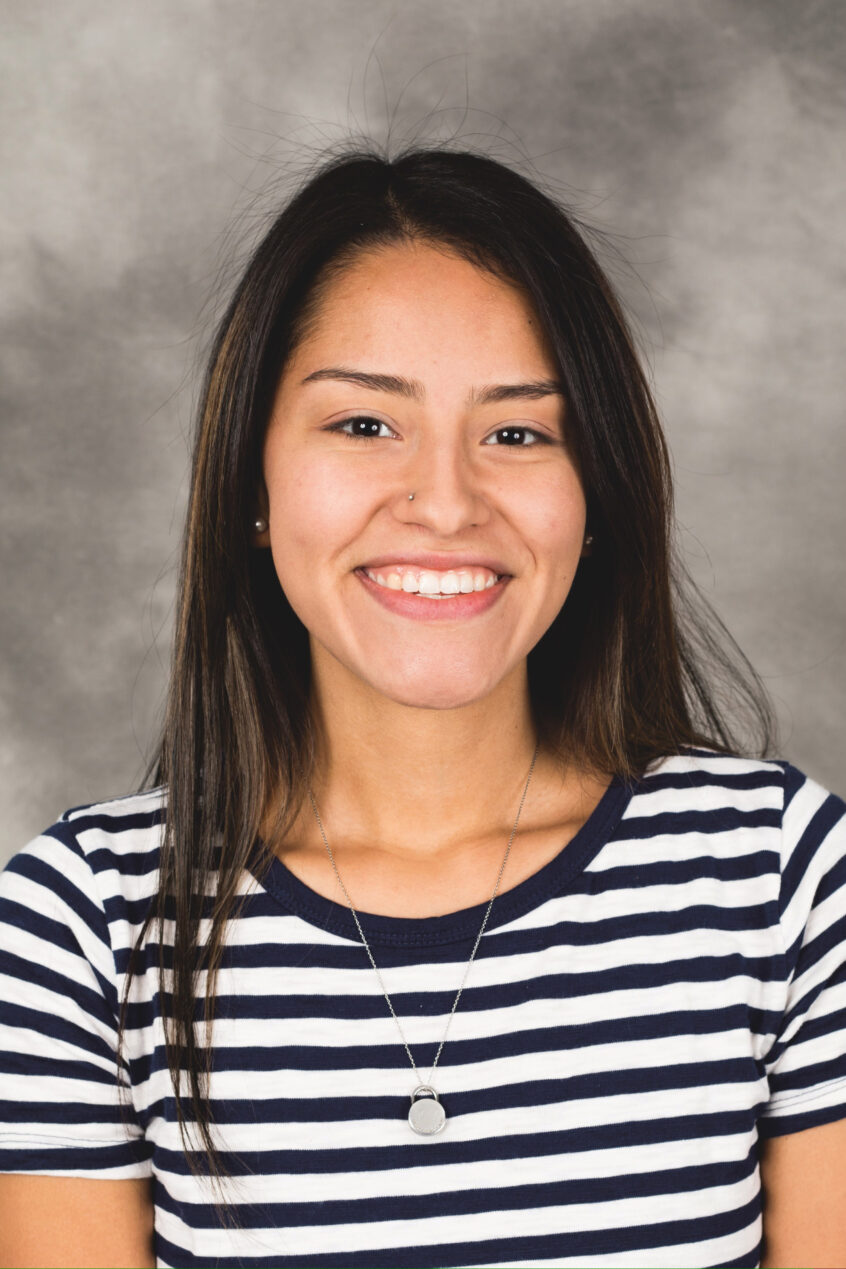 Klaudya graduated from CRSM in 2012, received her Bachelor’s in 2016, and finished her Master’s this past December. She is now a College and Career Navigator at the College of Lake County. As an interesting sidenote, her family may hold the record for the most children to enroll at CRSM. We spoke about her family, CRSM, her studies at Marian University, and her love and dedication to higher education.

It’s great to meet you, congratulations on your Master’s degree. I may need notes to keep track of all the Padillas involved with CRSM.
[laughing] Thanks. You probably have a way to go before you meet all eight of us!

You mentioned the middle child syndrome and your academic career – was that important?
[smiling] I’m number four of eight. As a Psych major, I know it’s a hypothetical condition, but I really wasn’t that good of a student at CRSM. I had plenty of sibs that were excellent at a lot of things, I would have enjoyed having their abilities in STEM for instance.

For someone who “wasn’t a very good student”, your records tell a different story: good grades at CRSM, did well in a nursing program, changed majors, doubling in Social Work and Psychology, then earning a Master of Business Management degree.
That sounds good, but believe me it didn’t come without significant challenges. Maybe somewhere along the way I decided that I wasn’t going to do well, or maybe it was my terrible test taking skill, but whatever it was, I had to work harder. I had to take prep classes. It wasn’t a sure thing that I was going to get into my college of choice.

If we can go back for a moment and talk about your involvement at CRSM; it was extensive – four years in student council, senior year on the executive council, volleyball, and a ton of volunteering.
I graduated in the old building, so our practice facility was pretty bad, the volleyball nets were always leaning in a bit! But for me, volunteering was the greatest thing ever. It wasn’t always the “cool” thing to do. Mr. Dippold turned it into something more important, and I started inviting people to join me – the Northern Illinois Food Bank, PADS, Habitat for Humanity, Alexian Brothers. Even though most of us didn’t have a lot of tangible things to give, we had our time and talents to share.

You were busy, was your work study experience positive?
I worked all four years at a company called AkzoNobel Aerospace Coatings. I loved working for them. I also worked there during the summers. I learned how to be a receptionist. I did everything from working in Quality Control in the lab to Accounts Payable. It was amazing.

You said you had doubts about your college future, can you talk more about how that worked out?
Thanks to the CRSM counseling department, I overcame my doubts about college and found Marian University. It was perfect for me, close enough to drive home when I wanted to, but far enough so Mom & Dad couldn’t just drop in to say hi! [laughing] I started in nursing, but a health issue influenced me to move to a less physically demanding major. I did an internship at a hospital emergency department doing intake and evals, providing resource information to rape victims, people with drug addiction problems and suicide risks.
It was a valuable and heartbreaking experience.
Watching these young people struggle helped me decide that I needed to get to individuals before they reached that point. My job at the University’s Office of Financial Aid, launched my interest in all things HigherEd…admissions, recruiting, financial aid and careers. That’s why I jumped at the chance to work with the College of Lake County.

It sounds like you didn’t have any culture shock associated with college.
Not much. But I’ve watched a lot of it. Involvement is key. Even in high school I had jobs working along side people my age from different socioeconomic backgrounds. I was in a sorority, I was president of the Student Social Work Association, I worked in Guest Services at Target.

So with your experience and as a College and Career Navigator you see the barriers?
It’s what I do. Most of us run into barriers, the super-bright kid can get picked on. First-generation college students are no different.  Some run into severe financial and peer pressure. They hear influential adults, even teachers and counselors say, “you’re not going to make it”. This is the exact opposite of what CRSM is, this is why I’m now in high schools working for CLC. I can be transparent about my background and tell them, “I thought I wasn’t going to make it, just like you.” I get to help students find their passion and excel.

Before you go, what would you say is the advice you find yourself most often giving to those new students?
It’s ok to not know. So explore, learn about different disciplines, and yourself. Once you’ve done that, you can let the barriers drive you; you’ll break through or find a way around them.