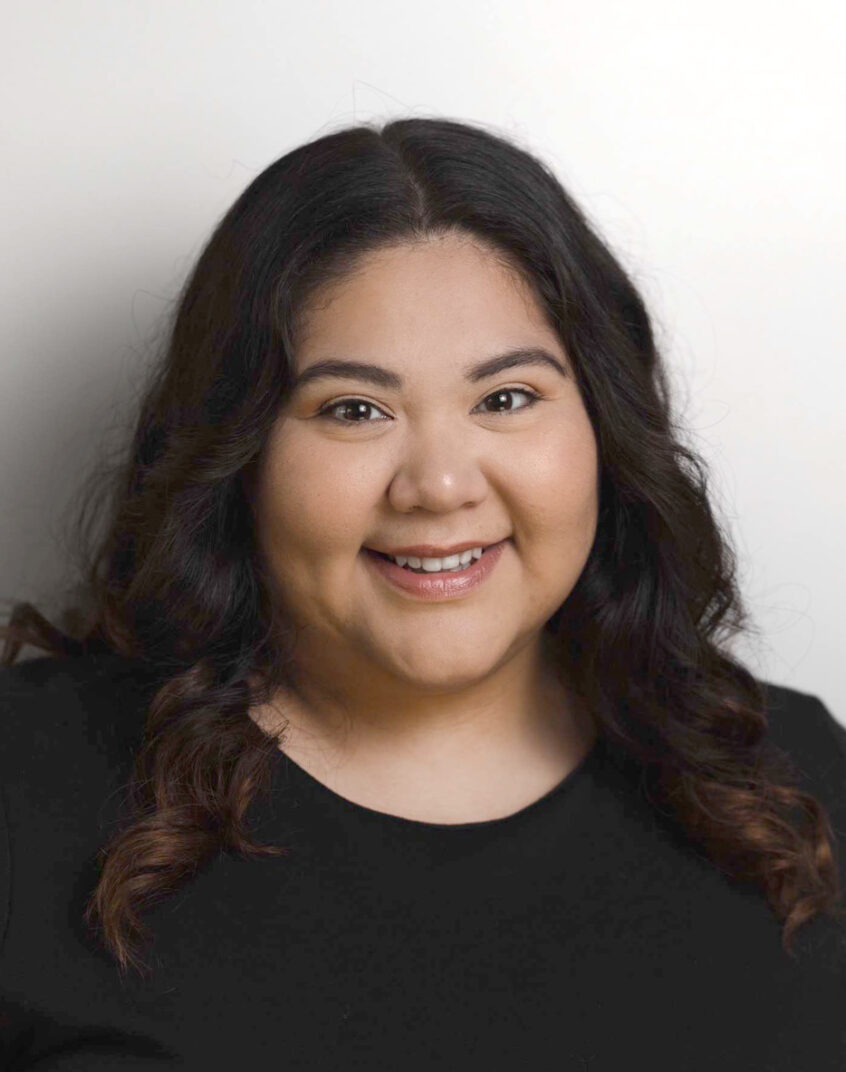 Leslye (CRSM ’16  Carthage College ’20) and I talked after she finished her day as a volunteer at Cristo Rey St. Martin. As a recent college graduate, she is in the middle of her search for a position that fits her many talents and passions; some of which include training, global corporations and living abroad. Like many of her fellow graduates have found, “post-bachelors” plans during a pandemic must be flexible. After speaking with Leslye, it’s hard to imagine a more positive, thoughtful and diligent candidate.

Thanks for speaking with me. You’re volunteering here at Cristo Rey, are you enjoying working at your alma mater?
It’s so great. I didn’t get to go to classes in the new building, we all listened to the plans develop, but seeing the vision realized is amazing – and now there’s new construction again! It’s so nice to see my old teachers and counselors and they remember my name! So many reminders of what CRSM did for me.

I know you grew up in Waukegan and transferred into school as a sophomore, what brought you to CRSM?
Well, my mom has always been about higher education. My mom and dad both work in the area, but we just couldn’t make any other college prep high school work for our family. So if I was going to be the first to go to college, and if my brother was to follow me, Cristo Rey was the only answer. To tell you the truth, I wasn’t really sure how I was going to pay for college. But here I am, I’ve graduated from Cathage College, and my little brother is here at CRSM.

Congrats on your graduation – a double major in Accounting and Finance. Before we talk about how you made that happen, can you talk a little about your time at CRSM?
Well, I started playing volleyball from sophomore year on. I was involved with the Student Ambassador Program, I was Secretary of Student Government and eventually was on the Senior Executive Board. As a senior, I was an editor of the year book, THAT was a challenge. [laughs] But I must say, my experiences with Campus Ministry and Counseling were as important as any of those.

In what way?
I wish I had even more experiences with Campus Ministry; they were eye-opening and important. Working with Feed My Starving Children and the Northern Illinois Food Bank gave me perspective. We struggled financially, but I never worried about where my next meal was coming from.

And the importance of Counseling for you?
As I mentioned, I had no idea how I was going to afford college. If it hadn’t been for Ms. Dippold and Ms. Chavez, it wouldn’t have happened. I never heard of FAFSA. I had no idea about scholarships, much less how to apply for them. So, because of their efforts, I began to think, “maybe college is possible”. I won a Four-Year President’s Scholarship from Carthage College and I know what I’m doing with FAFSA. I can now help my younger brother with his paperwork.

Did your work study experience influence you?
Oh yes, It’s interesting, I didn’t appreciate the influence that my years at Takeda Pharmaceutical had on me until I was in college. I worked at Technical Services, screening clinical trial manuals. I was asked to do admin work for managers; I worked in the Data Science Department. I even got the chance to work at Global Affairs, tracking for the key opinion leaders. Looking back, I think my experiences at Takeda influenced my decision to move toward Finance as a major. It also helped me realize how much I enjoy being in a positive, global corporate culture that is doing good things for people. Maybe I can’t develop a drug as a scientist, but I could contribute to its overall success.

Those were important experiences to have had in high school on your way to college.
Yes, especially during the transition to college. I was told that college was different. But I underestimated it. I had good grades at CRSM, but as a freshman I found out that I didn’t always have the same information as my fellow students. I was in class with people that took Accounting in high school. I certainly didn’t. But CRSM’s curriculum was no push-over, so I was prepared for this exact thing. I had taken AP classes – so I had the tools to catch up when it was needed.

Were academics the toughest transition?
I think my time at CRSM, including my work study experience, made my adjustment easier academically and socially. When I became a resident assistant at Carthage, I began hosting a FAFSA night so I could answer peoples’ questions and help with their applications. I met a lot of people, many were from very different social and economic backgrounds than mine. I was once asked to help someone who had no idea about how to get car insurance.
Eventually, I became a supervisor and I found myself in some awkward situations having to make tough decisions. I appreciated my supervisors at Takeda even more. So I would say that I did a better job as an RA and made more friends because of CRSM…and those RA jobs helped me stay on campus.

That was a creative way to get to know people!
I guess so. Everyone in college has to adjust. There’s always help if you look for it. It’s not always a Latin American Cultural Organization that can help. I joined Campus Cursive, a random act of kindness group, and friends involved in Greek life were great to me. I’ve always wanted to live abroad, so I applied for a study tour scholarship in Sweden. I was selected and got the chance to make even more friends. It was a great experience, visiting important corporations and speaking with the executives at Volvo and SKF.

So, lessons learned?
[pauses] I wouldn’t give up my college experience for anything, but if I went back to do it all over again, I would enjoy it even more than I did. I’d join even more organizations. And I wouldn’t be so hard on myself; college is meant to be hard, otherwise everyone would do it.