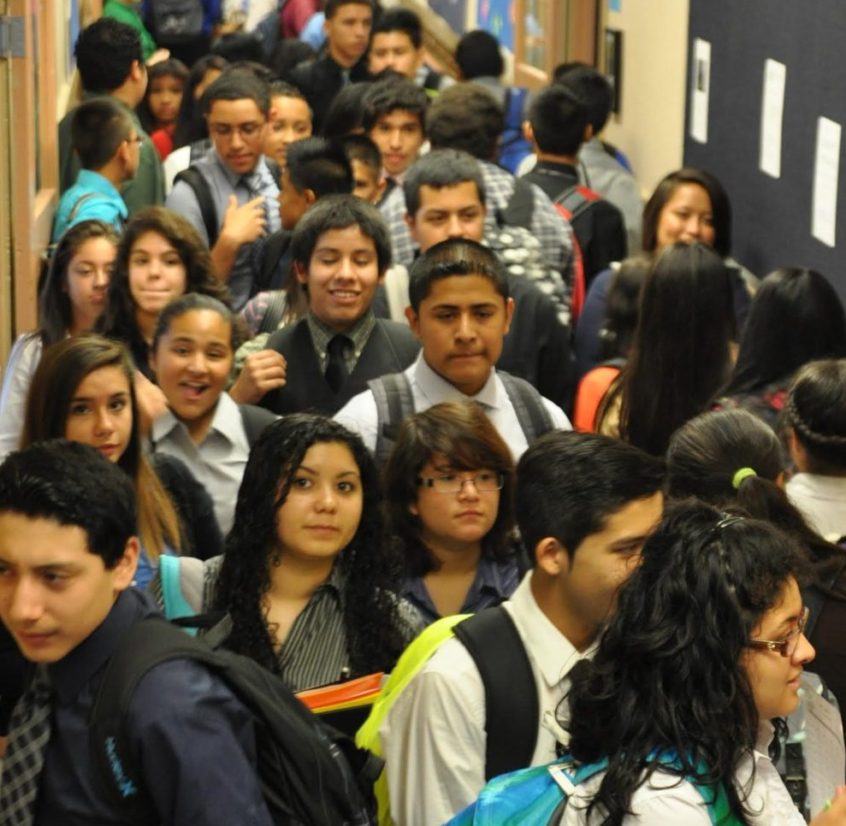 As Cristo Rey St. Martin’s impact continues to grow in Waukegan, the demand for young people seeking to be admitted to the freshman class continues to grow. This year there were 213 applications for the 108 openings for the incoming class in the fall of 2018, up from 166 last year, and the largest number of applicants since the school opened its doors 14 years ago.

Driving the growth are expanded marketing efforts to spread the word about opportunities throughout Waukegan and North Chicago, said Noemi Cuesta, director of admissions.

“We made a point to reach out to the community in a big way this year,” said Cuesta. “Many times we hear from parents that they were afraid to apply because they thought they couldn’t afford to send their children to our school. That is why it is important for us to get our message out to as many parents as possible.”

CRSM is a needs-based scholarship program school with a required work-study program for all students. The net cost to attend CRSM varies according to each family’s income. Because our mission is to offer an affordable, college prep education to students who otherwise would be unable to afford this level of education, CRSM serves students whose families’ per capita annual income is 75 percent or less than the national median.

The applications began filling up the mailbox earlier this year in September after Cuesta and her team increased their recruiting efforts and started them earlier than usual. Cuesta and Viridiana Fajardo, Admissions and Administration Coordinator and a CRSM alumna, manned informational booths and giving presentations at major community events throughout Waukegan and North Chicago from “Taco Fest en Waukegan” in August to Most Blessed Trinity Masses to North Chicago Community Days.

The additional recruiting efforts led to more completed applications by this time than ever before, and the school was able to interview 128 prospective students and their families the second week in December, compared to 71 the same time last year. The remaining students will be interviewed early in 2018. Applications continue to be accepted by the school.

Once the interviewing process is complete, there are 108 slots open for the incoming freshman class, the Class of 2022.