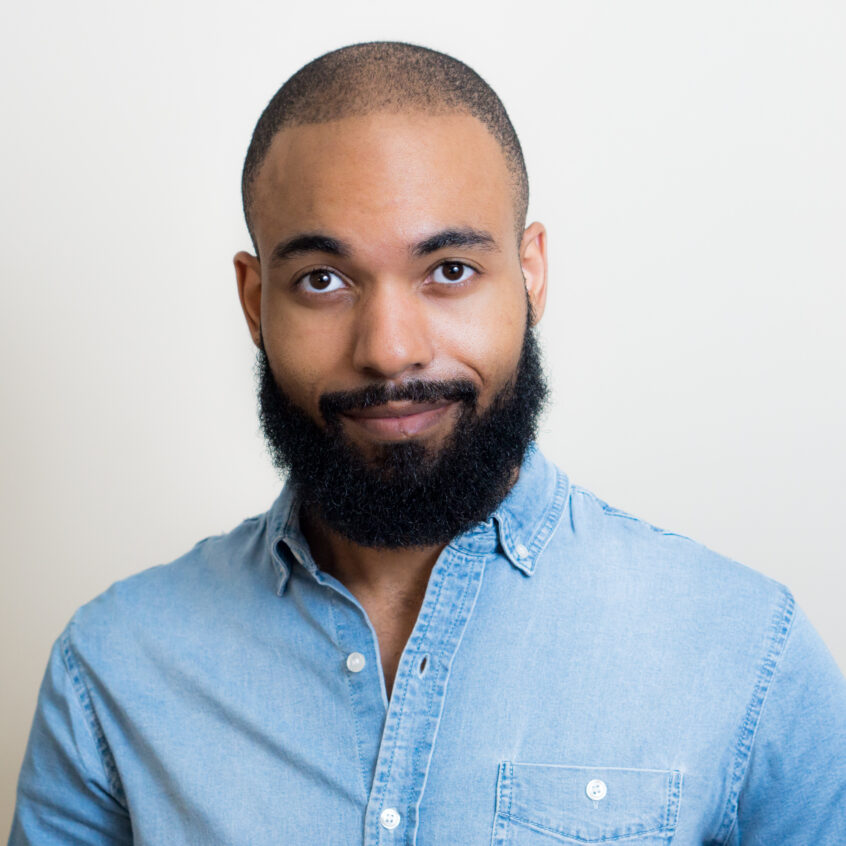 Kenny (CRSM ’09  DePaul ’13) and I talked after he spoke to the student body at a CRSM assembly. I was particularly interested in hearing about how he fit his degree and his wide-ranging work experiences together. After a few minutes with Kenny, it became obvious that the glue for putting it together is his sense of humor and communication skills.

Thanks for spending some time with me. I liked the presentation you gave at the CRSM student assembly the other day.  see a video clip here.  Thanks, I really enjoyed doing it. It’s the least I can do for what CRSM did for me. I’m certain I wouldn’t be where I am without their help.

Speaking of “where you are”, it looks like you ­recently made a change.
I did. I worked for Allstate for over five years. I started with them as a Claims Specialist and eventually worked assisting agents with social media strategies. But as important an experience as that was, I realized that my skill set wasn’t a perfect fit, so I decided to make a move.

Before we talk about that change, I’d like to ask you about some of the other changes in your life, your work study experience at CRSM was quite varied…
It sure was, and that was a good thing. I worked for Gewalt Hamilton Associates Inc., the YMCA, and Cancer Treatment Centers of America. They were really different experiences, all of which were important.
I may have only been working with large-format printers and doing admin support, but Gewalt Hamilton gave me my first look at a highly organized operation, and how people with goals, responsibilities and deadlines work together.
The YMCA was important for a whole other set of reasons. I was directly in touch with the “public”, dealing with day-to-day issues – questions, answers, frustrations, you name it.
My job at the Cancer Treatment Center taught me a lot, I wouldn’t change that experience either.

I was going to ask you about that. Criminology and comedy, that’s quite a combination.
[laughing] Yes, but it’s not as far-fetched as it sounds. Improv is public speaking – even if you never use it on stage, you will take some very important things with you. I discovered my skill set that way. My ability to communicate, see humor and the positive side, which came from my Dad, led me into marketing. So at my new job (Americaneagle.com), my performance experience, interest in photography and video production are a good fit.

You did well at in Work Study at CRSM. You had good grades and played some sports. At DePaul, you received the Who’s Who Among Students Award. Was the move from CRSM to college easy for you?
You would think! [laughing] But no. My freshman year roommate was from the Ukraine. Apparently, we needed a public relations person in his hometown [laughing] because he was filled with stereotypes about black people.  It was not great.
Maybe it was because my father could always see the humor in things, and my mother was about being organized and tenacious – but he and I ended up being very good friends to this day.

Great story. I know you like speaking to CRSM students, anything you want to add?
Sure, seen the movie Yes Man* with Jim Carrey? That’s my advice. If you want to change things, you may have to say “yes” to new things. Adjusting can be tough. I decided I needed to improve my situation. I started saying “yes” and got out more. Give it a try.

*In the comic movie Yes Man, Jim Carrey’s character changes his life for the better by deciding to say “yes” to everything and everybody.