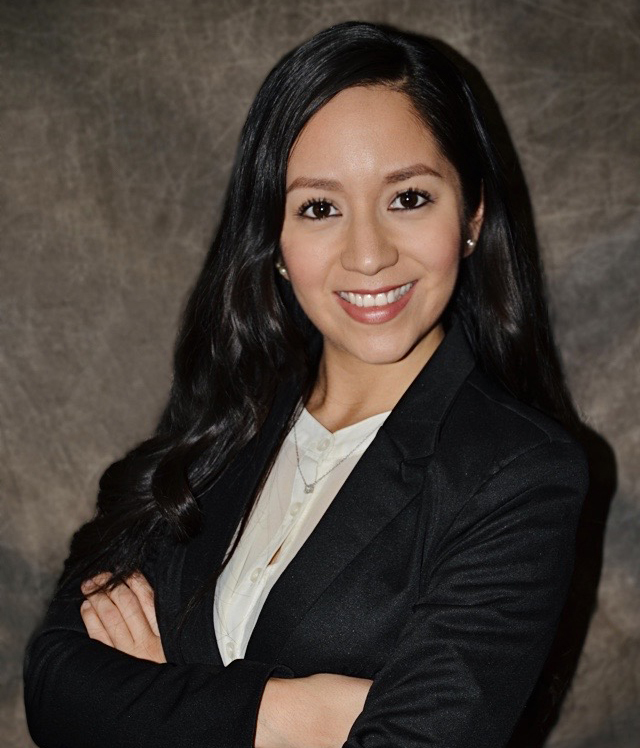 Sharon (CRSM ’11, Allegheny College ’15, Northwestern University ’20)
has a family background analogous to the majority of Americans – immigration, harsh living and working conditions, financial hardship, dreams of a better life and college for the children. It’s clear that Sharon’s successes have a theme:
High grades at CRSM = lots of involvement in service projects.
College scholarships and science grants = heading-up fundraisers for Lupus.
Graduating with a double major = 2 years of service in AmeriCorps.
Studying for a Master’s Degree = working with a domestic violence agency.
It’s unclear where her next choice will lead her. Wherever that is, it’s a safe bet that good things will follow.

Thanks for taking the time for the interview, there’s a lot to talk about!
You’re welcome. I can’t believe it’s been nine years since I graduated Cristo Rey!

You packed a lot into those nine years, a Bachelors Degree, and then five years later, a Master’s from Northwestern University. Was an advanced degree always your plan?
Well, yes. But after I graduated Allegheny College, I decided to join AmeriCorps. We worked in a small farming town in Florida called Immokalee. It means my home in the Seminole language. Anyway, there’s quite a bit of abuse of non-English speaking workers going on down there, including wage theft. We were educating the farm workers about their rights, about pesticide safety, that type of thing. I won an internship grant to blog about the experiences.
[you can read some of Sharon’s entries here]

Interesting choice for someone with a double major in Environmental Science and Spanish Literature.
It turned out to be a really important choice. I decided to sign up for a second year. I was sent to Miami as a legal aid assistant, working with unaccompanied minors who needed help dealing with human trafficking, asylum and violence issues. Those experiences changed my whole direction.

Before we talk about your Master’s, I’d like to ask you about your time at CRSM, are you the first in your family to graduate college?
Yes, I’m the first, but I won’t be the last. I have two brothers; both of them will graduate from college. That’s because of my parents, and the amazing trajectory of their life. As a married couple, they emigrated from a small town called Moroleón in Mexico. They became citizens while working in the broccoli and cabbage fields in California. They worked hard – and they ended up in Waukegan, started a family and opened a photography business and a restaurant. Both companies did well, but the Great Recession killed their business. They never gave up though – including their dream of college for their kids. So here I am…

What a story. It looks like you did a lot of volunteering at CRSM, was that a big influence?
It really was. It was kind of my thing. [laughing] I loved helping with retreats, the Northern Illinois Food Bank and PADS. I was proud to have been recognized by Campus Ministry for my work.

Was your Work Study experience helpful?
Very much so. I worked at two companies and I learned very important skills at both companies. I shadowed chemists and engineers. I spent a lot of time in the marketing departments helping with branding and design. I watched how the sales departments operated. I was hired during the summers and I learned how to use Salesforce and how to organize large mailings…really important.

You graduated with a 4.0 at CRSM, so you had a lot of options. Did you choose Allegheny College because of its size and reputation?
I worked really hard to keep my grade point up at CRSM. The fact that Allegheny is a small school was attractive. I like to travel, and I wanted new surroundings. It’s very beautiful there, so as a major in Environmental Science, when I was offered a full scholarship and received a large grant from the National Science Foundation, it became an easy decision.

Obviously you’re happy with that decision, was your college experience what you thought it would be?
Yes and no. At CRSM I was told it would be a significant change, but it’s hard to be prepared. As one of the few women science majors and a Latina walking into your first mathematics class, you can feel everyone looking at you. There was nothing mean, it was just that my classmates were just not that familiar with people of color. Things got better, because of my National Science Foundation group, and my association with Union Latinx. I started trying new things and I got back into some service projects.

How did you end up going for a Master’s Degree in Public Policy?
Well, my two years with AmeriCorps definitely led me to Northwestern University. NU gave this environmental science, Spanish literature major a chance to be in their Public Policy and Administration Program – I will be forever grateful to them. I received my MPPA this past June.

Congrats! What’s next?
I’ve been working at a domestic violence agency while I was in school. I’ve applied to one of my dream jobs-  the United States Foreign Service.

That’s exciting. I have to ask, what’s your advice to students and alumni as they face their changes and challenges?
You know, as a person of color – and as the first in my family to go to college, I would always put a lot of pressure on myself to succeed. And I forgot this – now I say it to my clients at work; don’t forget to dance, to have some fun.