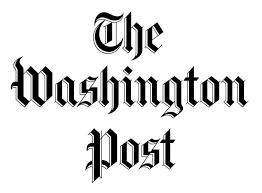 For the fifth consecutive year, CRSM was named one of “America’s Most Challenging High Schools,” by the Washington Post, a recognition achieved by only nine percent of high schools nationwide.

“This is a celebration and triumph for our entire school community,” Principal Mike Odiotti told students gathered at a recent assembly.

Each year, the Post uses a formula that focuses on the percentage of student body that has access to AP level classes and ultimately takes these classes, said Odiotti. That is, they utilize the College Board’s equity and excellence benchmark as a key indicator for their ratings. They also take into account the student body served by the institution.

Click here for the link to CRSM’s ranking. All the data they have on our school is accurate, with the exception of the age of our building, which they have listed as 12-years-old, when in reality it is 90-years-old.

Cristo Rey St.Martin was one of only three Cristo Rey Network schools named to the list. The two others include: Cristo Rey Jesuit High School in Chicago and the Immaculate Conception Academy in San Francisco.