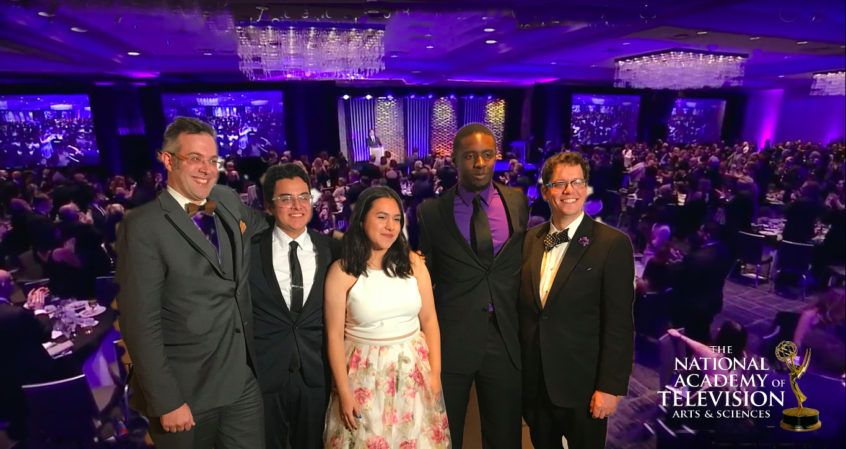 Three Cristo Rey St. Martin graduates were nominated for an Emmy Award by the Chicago/Midwest Chapter of the National Academy of Television Arts & Sciences for their work on “One Last Tour,” a lighthearted trip through the school’s former modest facilities on the south side of Waukegan. This is the 4th time a CRSM production has been nominated.

Daira Rodriguez and Alex Hoy, both nominated for Outstanding Writing, gave several months of their time, working closely with the development office at CRSM to concept and develop the script for the show. Jahi Brown was the host and tour guide, walking the viewer through the facility and doing “candid” interviews along the way.

Daira Rodriguez is a freshman at Northwestern studying Theater. Alex Hoy is doing his undergraduate work at National Louis University. Jahi Brown is a recent graduate of Marquette University and is currently the Information and Data Systems Coordinator for the University.

It was an exciting night for everyone involved. Preston Kendall stopping on the “Red Carpet” was asked for a comment about the festivities.

“Even though I have to wear a tuxedo,” he chuckled, “what we’re really celebrating is the fact that CRSM graduates are out and about – pursuing their degrees, doing great things at work, even finding time to give back to our school. I couldn’t be more proud of them.”