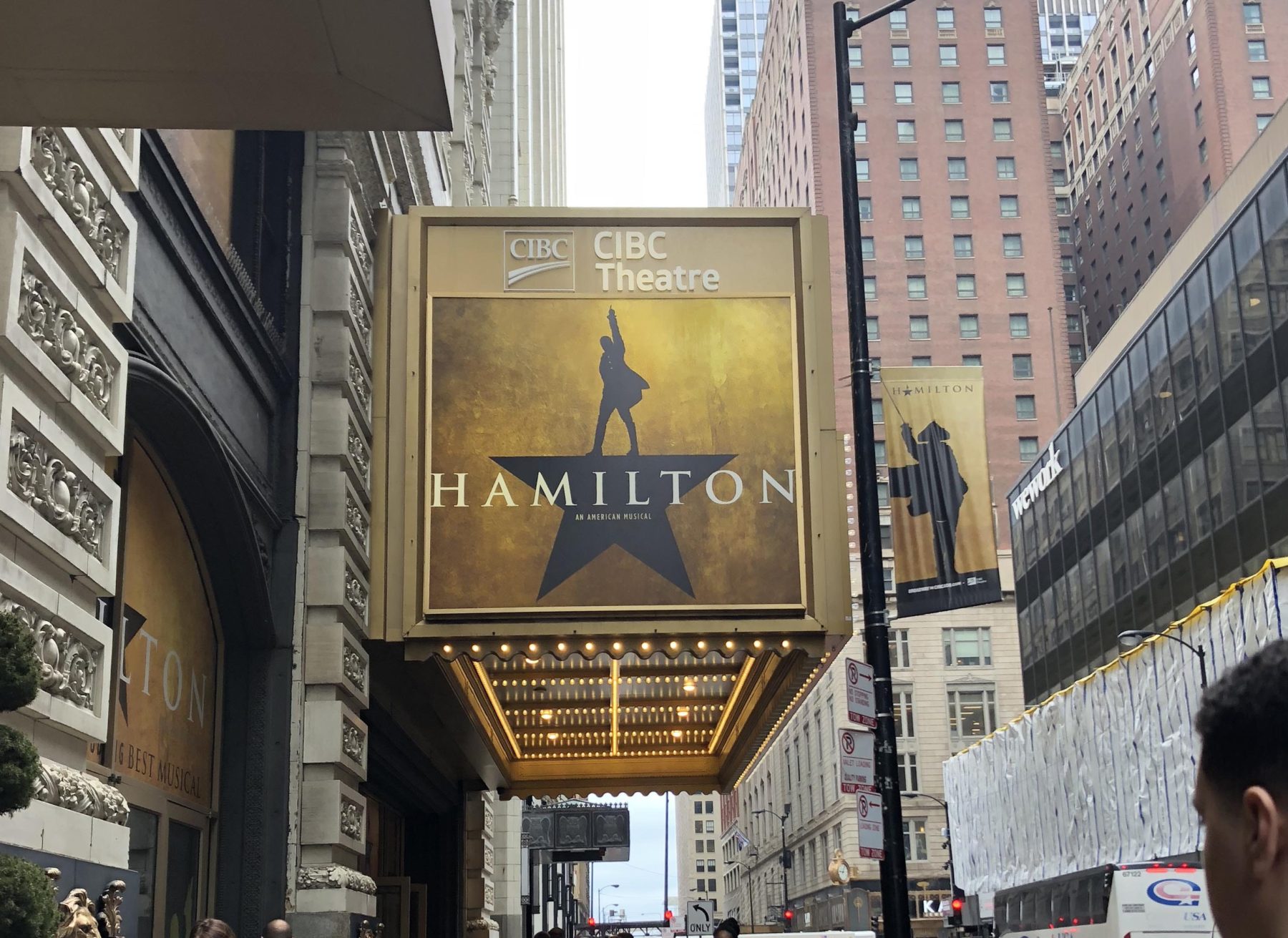 Hamilton is the story of America’s Founding Father Alexander Hamilton, an immigrant from the West Indies who became George Washington’s right-hand man during the Revolutionary War and was the new nation’s first Treasury Secretary. Featuring a score that blends hip-hop, jazz, blues, rap, R&B, and Broadway, Hamilton is the story of America then, as told by America now.

On March 13, 2019, forty-eight Cristo Rey students attended the matinee performance of the Hamilton musical at Broadway In Chicago’s CIBC Theatre as part of the Hamilton Education Program.

The opportunity to experience the musical Hamilton was the culmination of 6 weeks of work by CRSM students who studied American history through a special integrated curriculum about Alexander Hamilton and the nation’s Founding Fathers. Mr. Jon Taus (History) and Ms. Elizabeth Partenach (English) organized, administered and taught the curriculum that sent CRSM to the show. 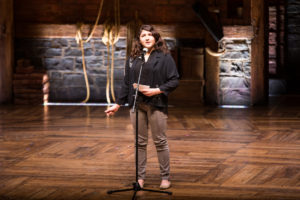 Jocelyn R. ’19 performing her spoken word on stage at Hamilton

In addition to seeing the performance of Hamilton, students participated in a Q&A with members of the Hamilton cast. Out of the thirty schools invited to the matinee, CRSM’s Jocelyn R. ‘19 was chosen to perform her original work which was based on the classroom studies – her spoken word piece was one of only twelve selected to be presented on the CIBC Theatre stage in front of their peers.

Jon Taus said, “I have so much respect for what Hamilton producer Jeffrey Seller is doing. His stated goal is to ensure that students have a shot to see Hamilton and use its words, music and staging to further their understanding and enjoyment of American History, music and drama.”