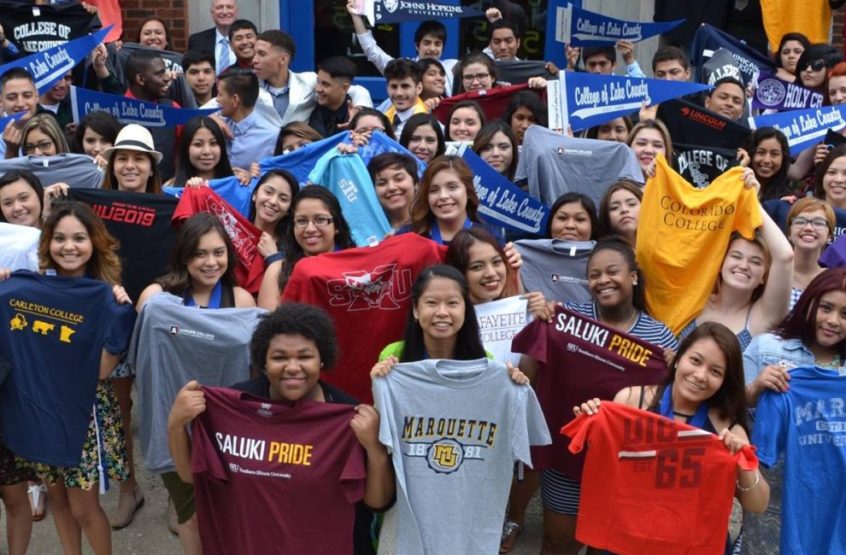 Bound for great places and great things, CRSM faculty, staff, parents, friends and the entire student body celebrated the successes of the Class of 2015 at a Senior Sendoff Celebration held June 5, 2015 on the day before the graduation ceremony and baccalaureate Mass.

“We’re very proud to recognize the Class of 2015 who has set some new benchmarks in CRSM school history,” Mike Odiotti, principal said. “These are benchmarks for which future classes will strive to exceed.”

• 87% of the freshmen that started in the fall of 2011 are graduating.
• Scholarship offers totaling more than $10.5 million.
• 82 percent have been accepted to four-year colleges.

In five years, if the same persistence and commitment continues, one in four students in college from Waukegan and North Chicago will be CRSM alumni, President Preston Kendall said.