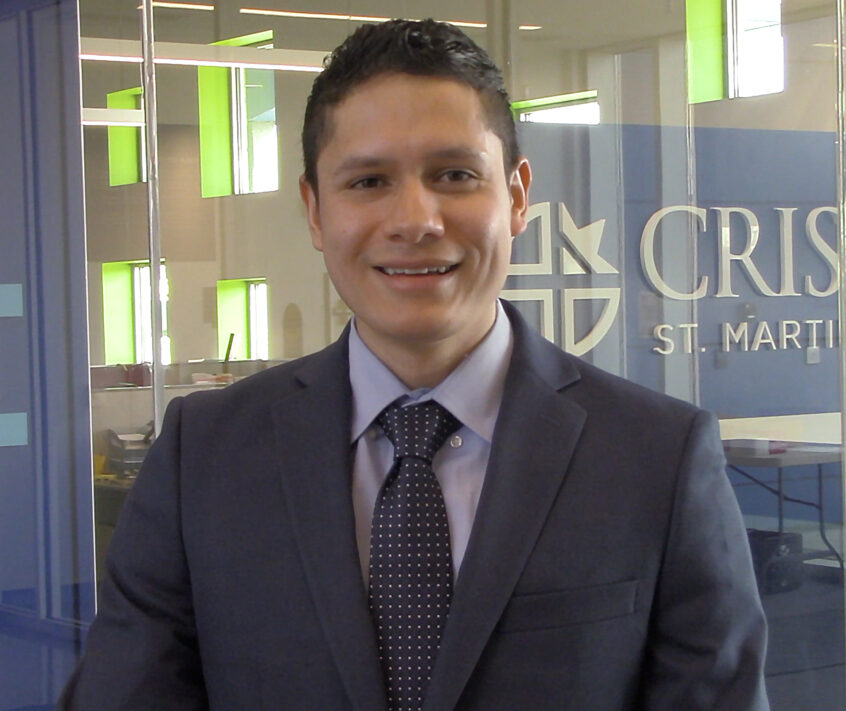 I caught up with Kevin (CRSM ’13, Connecticut College ’17) shortly after he recorded a speech that played during Cristo Rey’s recent fundraiser. You might also recognize him from an Alumni Spotlight he did several years ago. I decided to check back in with him and hear about what he’s been up to since that last interview.

Good to see you again. Given the extraordinary circumstances we’re in, I’m sure we have a lot of changes to talk about.
That’s for sure, the pandemic…not to mention that three years have gone by since the last interview.

As little bit of history for our readers, you’re the youngest of four and the first to go to college. At CRSM, you were one of the founders of the Environmental Club, a member of the National Honors Society, the soccer team, and a volunteer in the Northern Illinois Food Bank. You received a Posse Scholarship, graduated on a full ride from Connecticut College and now work at abbvie.  Did I miss anything?

I’m kidding…I’m certain that I did. You worked for Abbott while you were at CRSM?
Yes, and I worked for them full-time during the summers. During college I was also a campaign coordinator for Teach for America and was a Diversity Peer Coordinator. The fact is, CRSM opened doors that allowed me to pursue an excellent education and work in a corporate environment. Most of my family members work in the roofing industry, so I would most likely have been doing that type of work.

You graduated with a degree in International Relations and a minor in Economics and hired on as an Early Career Coordinator. Has your role at abbvie changed?
I’m more involved with Finance now, and moving into metrics management. I’m responsible to Customer Service, scientists, Legal, R&D, Media – pretty much all records. My title is Records Management & Archiving Specialist. I’m co-chair and lead the community work for AHORA, that’s abbvie’s Latino employee resource group.

Things have changed radically for you in just 3 years. Your busier than ever at abbvie, working in outreach programs, and now you’re married…to a CRSM graduate!
Yes. And now we have little Matias – he’s three months old.

You’ve been so generous with your time today. And thank you for your involvement at CRSM, all the presentations to the student body, working with student workers at Abbvie and your speech at our fundraiser – it’s all such a gift.
You are very welcome. As a first-gen college student, I know how effective these outreach programs can be at helping students make a very difficult transition. At CRSM I had mentors and teachers that were instrumental in my success, they were a huge help for me. So it’s a privilege to do it for someone else. I’m lucky to have been at Cristo Rey and lucky to be working at a company that affords me the chance to give back.

You can see Kevin’s speech, and pictures of his young family at: https://donate.onecause.com/founders2020