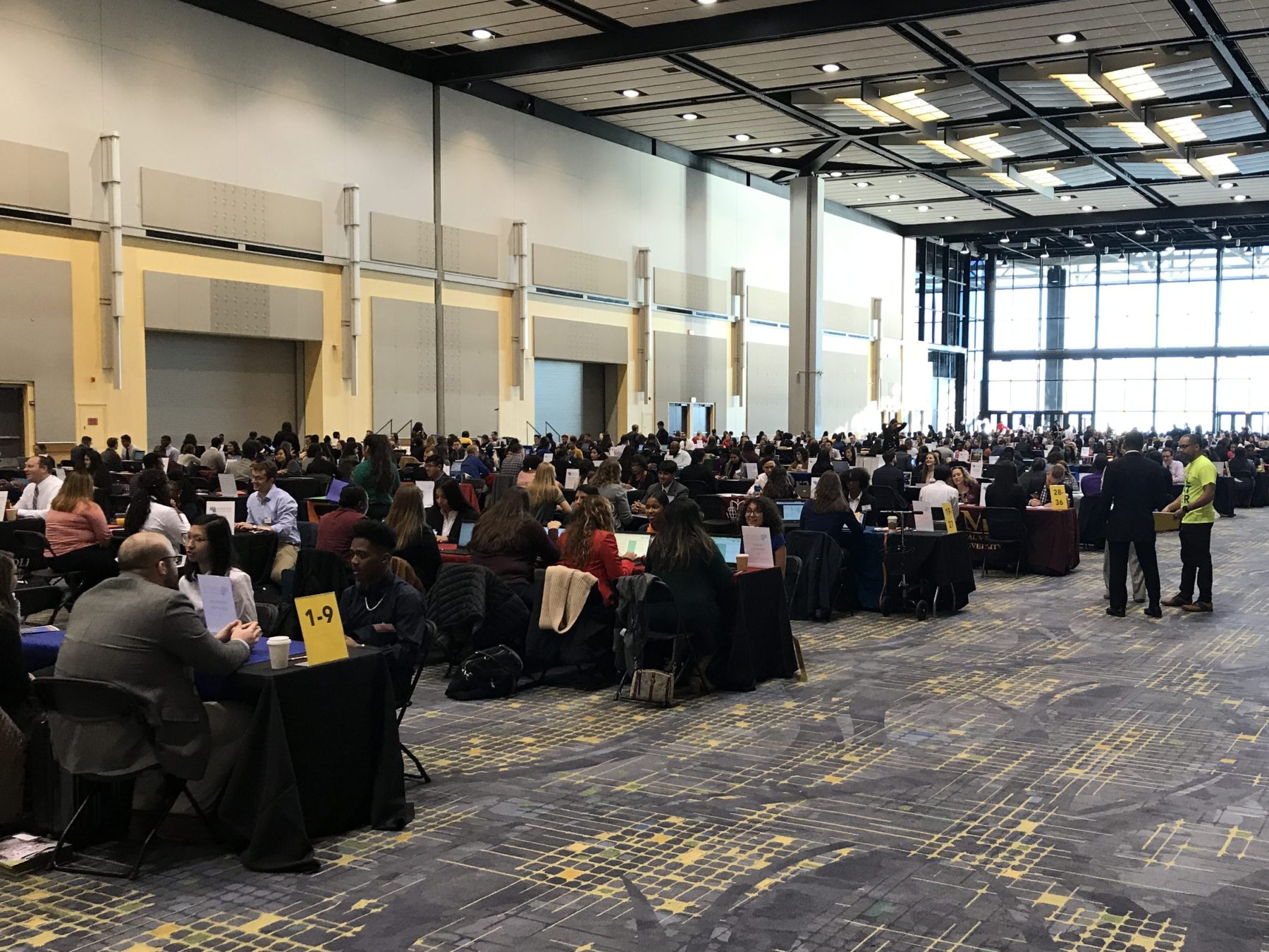 Twenty-five CRSM seniors traveled to the Chicago Scholars’ Onsite Admissions Forum in Chicago on October 23rd. Again this year, McCormick Place was packed with over 1,000 students from throughout the Chicago area interviewing with 185 selective enrollment colleges and universities.

The CRSM seniors at the Onsite Admissions Forum represented both CRSM’s own Knight Scholars as well as CRSM student scholars with College Bound Opportunities (CBO), a local scholar program based in Highland Park, IL. After many hours of preparation with CRSM counselors and CBO staff and mentors, CRSM students spent the day interviewing with as many as six colleges and universities. All 25 seniors had interviews with institutions they had already notified of their interest. Virtually all of the scholars received an offer of college admission from the college representative at the event.

“It was a lot of work. My math skills have helped me quite a bit. Ms. Kainic and Ms. Holdvogt helped me feel more confident,” Senior Karen P. said about her admittance to Marquette University’s School of Nursing.

Though a few CRSM scholars opted for interviews with the more selective schools that didn’t offer same-day acceptance letters, most received offers of admission and scholarship packages on the spot.

Senior Karolyna P. had several friends urging her to get involved in the Knight Scholar program and the Onsite Forum.

“I started thinking, ‘maybe I can too,’’ Karolyna said. “My counselors made me feel like I could. After a lot of hard work, I was handed a folder that included an acceptance letter and a 4-year scholarship offer!”

Beth Kainic and Sharon Holdvogt of the CRSM college counseling department project that these 25 CRSM seniors will garner ninety (90) offers of acceptance and over $3,000,000 in scholarships from this one event.

This is just the beginning for college acceptances for the Class of 2019. CRSM anticipates that nearly 100% of the 95 seniors in this class will be accepted into at least one 4-year college or university. Here is a partial list of institutions who extended offers of admission to CRSM students at Onsite: